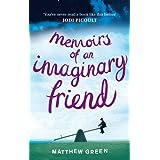 Max is eight. He is probably somewhere at the lower end of the autistic scale, but wherever that is, his parents know that something is not quite right. His Dad wants him to grow up and play baseball, and watch Rambo films, and his Mom just wants him to be happy. He has no friends....... STOP! He does have a friend, a friend who is nearly six years old, called Budo; and Budo, along with hundreds of thousands of others in existence at this moment, is Max's imaginary friend. Yes, that's right, there are others, and Budo meets several of them. Some are clever, some are not, and they all have one thing in common - they exist exactly as they have been imagined. Big, small, heroic, stupid; whatever their imaginers imagined - here they are.

Although about a small boy, this book, narrated by Budo himself, is not a children's book. But it will give you an insight into chidren's minds - the secret places that they cannot tell you about, which is why some of them invent imaginary friends, and why some of them hang around for a long time. And sometimes, they get to look out for a child who is in great danger. Max is in danger, and only Budo can save him.

Matthew Green (in the UK, Dicks in the USA) has pulled off an extraordinary feat of fiction. He has given life to a friend that a child has invented - so much so that I loved Budo as much as any character I have read about. Matthew Green is a teacher, in New England, and somehow I know that he loves his job, loves kids and must be an inspiration to the kids he teaches. And he may not be trained as one, but what a philosopher he is. Whilst reading this book I was asked to believe in imaginary people, to consider life after death(or not), to consider how loss affects us all. I read Memoirs of an Imaginary Friend in 24 hours, getting up at 6.30 am this morning to finish the last 50 pages. Jodi Picoult says "You've never read a book like this before", and whether you are a fan of hers or not, that is certainly true. What I am however, is a fan of Matthew Green - forever, because of this moving story, which let me inside the mind of a child.
[copy of my Amazon review]
at April 28, 2012 No comments:

Spring comes and brings a worry for next Winter

"I think we had better call the papers" said Willie, "for some big ones are knocking down our Winter shelter, and they are not our big ones, but some big ones with very nasty instruments of torture - quick, put your hands over your ears!   Eeeeek!  that is hurting my ears!"  What was hurting Willie's ears was an industrial grinder, but you wouldn't expect a woodmouse to know that.  The big ones in the house where Shermouse Holmes lived in the garden were taking down an old garage, the very garage that lots of the woodmice sheltered in every winter, for it was warm and dry.  This could be a real problem next year - where would they go to get out of the storms?  All that remained now was the hard concrete floor, no camping chairs to nibble on, no boxes to shelter in, and really, no hope at all for next Winter.  "I am going to call Mr Cheeeeeek at the Daily Fieldwhiskers", said Willie, "mousepeople need to know!" 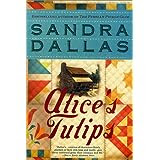 December, 1862, and Alice's husband of one year, Charlie, has gone off to fight the Confederates at the beginning of the American Civil war leaving Alice with Mother Bullock, Charlie's mother.  She's only 20, and just does not know how she is going to bear it all.  She's strong-willed, and says what she thinks, which does not endear her to her mother-in-law - but you have to do the best you can in these circumstances.
Told in the first person, and entirely by letters to her much loved sister Lizzie, we soon build up a picture of small town Iowa, those women left behind, and their reactions to every damned thing that happens.  Gossip is rife, and this will certainly ensure that Alice falls foul of most of the town, especially when a local man is found dead.  How Alice keeps going with her head held high,  nurses her mother-on-law through illness, and does other acts of kindness are described in the letters without an ounce of conceit (well, perhaps a little, she does like pretty clothes and she is opinionated!).  She and Lizzie obviously discuss sex too in their letters, it's not described, but referred to, including the result of a coupling with her husband that Lizzie can't cope with, having two very small children already....
Not hard to read, with chapter headings giving a little potted history of quilt patterns; this is not only a tale of hope over desperation, but a little gem containing snippets of the history of that time stitched into the quilts the quilting group make to send to soldiers.
at April 20, 2012 No comments:


How are you with books that tell you things you didn't want to know, books that (just) might make you cry, books told by Death?  Death is the narrator of this tale, and as he will tell you himself, he was kept very busy indeed in Europe during World War Two, gathering the souls of the dead.  But d'you know what?  Death has a heart.  He gathers the souls very gently, and even though he's busy all the time, sometimes the living, left behind, affect him more than they should.

The Book Thief is, I think, a tremendous achievement.  Set near Munich, Germany, It's the story of Liesel, a child of around 10, who arrives, with her mother, at the home of a strange couple indeed.  And then, her mother walks away. Mama - the new (step)mother, swears like a trouper, has a temper, and cooks badly.  Papa, the new stepfather, plays the accordion and smokes all the time.  Liesel can't run away, she has nowhere to run to, and it is never clear why this happened, and indeed, whether she had a father in the first place; but she has been lodged there for her own safety, that you can be sure of.    She goes to school, she makes friends - especially Rudy, who falls for her the moment he meets her, but never does get that kiss he craves.  They go scrumping apples together, they go stealing together, and they watch groups of Jews marching (or more often stumbling) to Dachau.  As the war progresses, you will find out how people back from the Russian front dealt with their losses, how people who were poor even before the war deal with no livelihood and no food, and how older people were "encouraged" to take on jobs which although not as soldiers, certainly involved wearing uniforms, all the while under the shadow of the swastika whether or not they even supported the Nazi party.  And who was going to say they didn't?

The author is Australian, but second generation European, and he has used events related by his parents as the starting block for this tremendous book.

For those of us who were on the "winning" side of World War Two, this book is a smack round the ears, to remind us that no-one wins a war.  Politically there is a victor, but everyone is a loser,  whether they loose their life, their families, their home, their mind, their friends.  This book will tell you what it's like to be bombed, but it will not take sides.  This book will tell you how different people cope with the same adversity.  This book will make you realise that people are people the world over, and when Death comes, he does not see the country you are faithful to, the colour of your skin, the church or temple you worship at. But to remind you - Death has a heart, and sometimes it nearly breaks.
at April 14, 2012 No comments: