And there is quite a lot of it around the house.  These are not from my own home, but I found the little chaps on the internet, and they made me smile So here they are in the hope that they make you do the same.  |They look so frightened!  and the fact that they have little stripey knees makes me just know that those knees are shaking!  Such fun for a child's room, or just for someone young at heart.
at February 28, 2013 2 comments:

Wow!  this is a faery story - yes, really.  A "got to finish it in one go" kind of book.  Bryony is a faery who comes from what just might be the last faery group in the world.  They have lost lots of their magic, they are no longer brave, and they just may be dying.  Bryony gets a new job, which means that she is able to leave the oak tree and go out into the world (not a big one, granted, but for her a huge and disturbing place).
She comes into contact with a boy - now grown - who she first came across when he was a little boy, and who could see her!.  They forge a friendship which may have dreadful repurcussions on the faery group, but without him, she feels she is not complete.
I cannot really put into words the way I feel about this book.  It is very strange indeed, but very clever.  Why do we never see the little folk any more?  Do they still exist?  This will make you wonder.  The brave Bryony finds a secret which tells her why her faery family are in such trouble.  In order to put this right she must give up the boy, or her faery life.  I believe it was written for young adults, or very good younger readers, and I could not put it down.
If you like fantasy, and even if you only half believe in "the little people", I think you will find this may stay with you for a long time after reading.
at February 21, 2013 No comments:

It is possible for you to fall in love in the course of one dance. 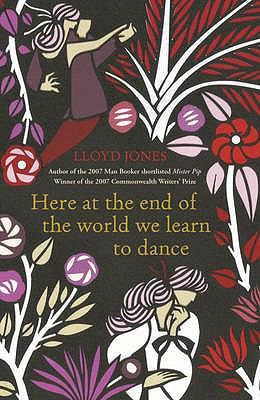 Starting and finishing in New Zealand, this novel will take you to Argentina for a while, with a short visit to Syndey, Australia.  In NZ, a young woman falls in love with a middle aged piano tuner, who despite being born in Bournemouth, has a German name (Shmidt), and the first World War is underway in Europe.  It will not be long before people want revenge, and so she takes him to a place of safety, along with two young Quakers who will not join up.  When he leaves, she is bereft, and when some years later she receives a letter from him, it starts a chain of events and meetings with people linked by that stay in the cave that will have extraordinary results.
It is, in essence, the result of what the tango ("the tango is man and woman in search of each other.  It is a search for an embrace, a way to be together.") can do to draw people together.  Warning!  This book may make you want to learn to tango.........
at February 21, 2013 No comments:

Joe Carstairs, renowned in the 1920s as an "invert" who smoked cheroots and dressed as a man, as an heiress to the Standard Oil fortune and as the fastest speedboat racer in the world.  In 1934 she disappeared to embark on a course even more ambitious and bizarre: she bought an island in the West Indies and created her own kingdom, founding and ruling a colony of 500 Black Bahamians.

Kate Summerscale, the author of "The Suspicions of Mr Witcher", wrote this book after preparing an obituary about Joe Carstairs for the Telegraph.   She discovered a fascinating story.  Let me introduce you to a colourful woman, a woman who's only constant companion was Lord Tod Wadley, a little male doll that had his clothes especially made.  Joe Carstairs was born in London in 1900, her mother was American, and her father a Scottish soldier who left the marriage a month before the birth.  Her mother was, for a time, a lady in waiting to Queen Alexandra , Edward VII's wife.  Her mother married again, but at age 11 Joe Carstairs was packed off to  boarding school in the States.  There was enough money in the family for her to do exactly what she liked, and she did.  She raced speedboats, she was certainly known in the London society of the 1920s, she drove fast cars, she had affairs with attractive women; she gave Malcolm Campbell £10,000 towards a new racing car - The Bluebird, and in that car he broke his own land speed record.  In 1934 she bought the island of Whale Cay and proceeded to build her own kingdom - although ultimately she didn't die there, and her last companion was a man.  She loved Lord Tod Wadley first, boats second, women a close third. A truly  fascinating character.
at February 16, 2013 No comments:

Don't have room to air your clothes? Well....


I must first acknowledge theinspiredroom.net and it's host, Melissa.  She's a professional blogger and I am not - but she is one of the blogs I subscribe to  all the way over there in the West of the USA.  She has nice ideas, and she's always posting inspiration... lovely pics of things that make you say "Why didn't I think of that?!"


This morning, those were the exact words from me.  This is more than brilliant! It's probably no deeper than 3 inches so will suit a small house, or one with no spare spaces, and if you are either a enthusiastic DIY-er, or if you are having your utility/mud room overhauled and can show this to your carpenter its the way to go.  Myself, I'd  ensure that the chains were a little longer, thus ensuring that the clothes being aired actually had  plenty of air between them. 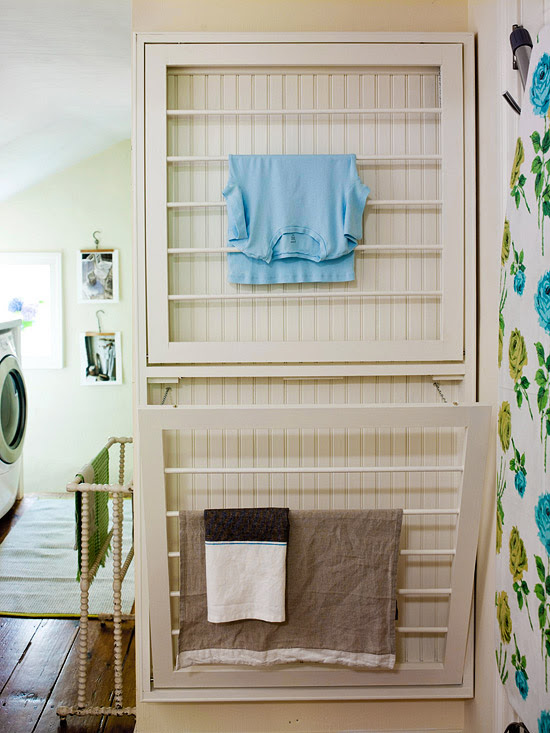 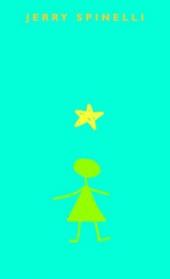 Imagine that you are a boy at school.....
Imagine that a new girl arrives......
A girl so odd, so new, so strange that you, and no one else knows what to make of her ukelele, her pet rat, her birthday greetings, her cookies for every one on special days.
Imagine that you realise that she is the girl for you.
Stargirl is that girl, a free spirit who smiles at everyone, plays happy birthday to you on your birthday, leaves small change on the pavement "have you ever seen a small child's face when they spot a coin?", who is bright, clever and different.  From being suspected of being an alien, she goes on to become a cheerleader and (nearly) everyone's friend - for a while.  But because she cares deeply for everyone, and doesn't understand why not everyone feels the same, things happen that shouldn't and she becomes a pariah.  So what are you going to do about that - carry on being with her, or go with the crowd?
This is a lovely novel about being different.  How many times have you come across someone in your life who is not the same as the rest of us?  And how many times have you wanted to be their friend?  And then, somehow, it's not the thing to do. If you have forgotten those difficult days of being an adolescent, you will be reminded of it here. Too, you will be reminded of how much easier it is to run with the crowd than to befriend an individual.   Aimed at YAs, this is a clever way of saying that we are all different.

[In 2004 students from Kent, in Ohio USA, founded a Stargirl Society, which aimed to promote the nonconformist message of the novel. The society received much attention, and inspired young people all over the world to create their own societies. Spinelli's website contains a list of tips on how to start a Stargirl Society]
at February 09, 2013 No comments:


I always find that new dramatisations of old favourites will have supporters and naysayers.  In my time, I have been amazed, enchanted, shocked, delighted and sometimes disappointed in new productions of plays, films, and in this case, operas.  I was so lucky to have lived in London in the 1980's and to have had the friendship of an opera lover who introduced me to the medium.  Up until then I loved the arias,  had seen Joseph Losey's film of Don Giovanni, and one Puccini opera (The Girl of the Golden West ) but little else.  The first production he pursuaded me to attend was a (now defunct) Opera Factory production which featured the god Eros, roller-skating through a forest of green helium balloons - and I was hooked. Follow that with all three of Mozart's Da Ponte operas by the same opera company - Cosi Fan Tutte, The Marriage of Figaro and Don Giovani and that was it, a glutton who couldn't wait for the next one.  So avante guarde is not new to me, nor disliked.

But now living some way off, and having to do 2 hours plus on the train to get up to the city, I want to be entertained when I get there.  So it was with anticipation that I went up to see the new production of La Traviata - the story of the tart with the heart, who leaves her life of endless parties and affairs with rich men to live in love and contentment with the man who really loves her.

Look out for the gorgeous Corrine Winters as Violetta, a small waisted, big voiced American soprano.  She'll go far. There wasn't a bad voice in the other major parts either, so it should have been a delight, right?

The set comprised one kitchen chair and several banks of thin red curtains.  When the curtains opened after the overture, we saw a chair, and a set of curtains.  Puzzling perhaps, but let's get on with the action.  People came, people went, they fought their way through the curtains singing, flouncing, playing cards, and certainly doing the best they could under the circumstances.  But when those around you in the audience start to titter at members of the cast trying to find the openings in the damned curtains, you loose the plot.  I found myself looking for the next error, rather than concentrating on the voices - and it should not have been like that.  Finally, the death scene.  As there was no furniture, there was no bed for Violetta to die on, and she was forced therefore to die a gunslinger's death.  You know, the one where he's shot but won't lie down?  I really felt for her, and I also felt that it was so unnecessary, given that I had seen so many brilliant productions where strange things happened (the production of Don Giovanni where I couldn't believe they weren't actually having sex, the Cosi Fan Tutti where Despina got tangled in a deck chair, and kept singing, delightfully, all through the aria) - oh do shut up, I am in danger of boring the readership!
Suffice it to say that the audience cheered the singers and booed the director.  All I can say is