I found this a very moving read.  I must warn readers that it does contain a short chapter dealing with still-birth and also mention of mental illness.  But these two very serious subjects are part of the whole;  and the whole is a tender, and powerful read that made my heart hurt.  This is the story of Mona's life - from the death of her mother when she was very small, the loss of her father when she was in her early twenties. It's also the story of her early marriage, which didn't last long, and what she has done since, now approaching her 60th birthday.  For a long time she has made clothes for, and painted the faces of, wooden dolls for collectors.  The dolls are made by a carpenter - a lonely man she seems to feel she must keep an eye on as he appears even sadder than she.  There's also a man about her age who likes to meet her for coffee.  She likes him, but wants nothing further from him - though perhaps he wants more from her?

It jumps about in time, but that didn't worry me at all, I wasn't lost in time, although Mona was, and she was not the only one.  I wonder what I would have done in Mona's shoes?  There are clues everywhere about what has happened, and what is still happening.  There are lovely people who support her, make her smile, and generally guide her through life, but there is also a worrying character or two who turn out quite differently than expected.

I think it's a book to read slowly, because every so often a short sentence appears, seemingly meaning little, but actually opening out Mona's life.  One of those short sentences, which appears during a visit to Birmingham just after her birthday to visit her old friend Val as she does every year, was heartbreaking.  The reader will see that Mona is not the only person in the world to have suffered - for different reasons of course - and she doesn't always think kindly of them because of that.  But all those characters make the book what it is, and make Mona's story so much more.  This is certainly one of my top ten books of the year. 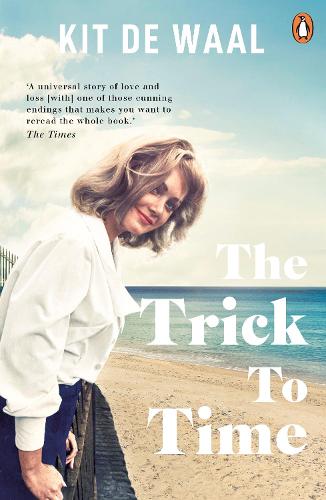 
This is not a thriller you might pick up at the airport prior to a flight.  But you should!  Although of course it depends what you like to read.  I don't read classic literature much.... but again, I don't read "airport thrillers" either.  So perhaps it's a mystery as to why I acquired and read this short novel (200+ pages).

The first thing to say is that this book has a very unreliable narrator and sometimes that makes a read very interesting indeed.  We know at the beginning of the book that this narrator has lost his wife to her "bad heart", and a good friend to a broken heart...... there are several deaths in this book, accidents, suicides, health?  Well, one thing is for sure, none of them are murders.  But that is the only sure thing in the entire read, for as the narrator is so unreliable, he weaves a tale of Gothic proportions, and you may find that from page to page you can't believe a word of it.  You should, though, because in  between the lies characters tell each other, and the unreliability of the narrator's memory (perhaps), there are truths to be untangled, and people's lives to be played with.

This is the story of four friends, who meet at the turn of the 20th century in a spa town in Europe, and remain in each others company for nine years.  It's only as you read on, you find that one or all of them are not as first described, none of them are likeable and there are secrets a-plenty.  Eventually they are all revealed, but you will be half way through before the pennies start to drop!

Despite it's "of the time" language (written in 1905 and published in 1915), this is a clever book, and a real page turner.  But ...... keep your wits about you at all times, as secrets and lies are revealed, then changed, then dismissed.

Gravetye Beauty is just the most wonderful clematis.  Not a loud shouty double, but a beautifully formed long bell of a flower which gradually opens and separates into separate petals.  And the colour!

Well.  put one in new this Summer about a week before a really hot spell, but watered it regularly, and also inserted a 12 inch pipe into the soil so that watering was made easier, and that the plant could suck up as and when it needed a drink.  It's a late bloomer, so most of September it was glorious, had grown to about eight feet and was covered in buds and flowers. Then we had a couple of really rainy days and I didn't leave the house.  And when I did? - Gone, all gone, sagging, dead and sorry for itself.  I knew what clematis wilt was, but had never had it in this garden. Looked it up on the internet, and all descriptions fitted.  So now is the time to chop it right down to 12 inches or less (in any case it's group is texensis, so either now or in Spring it should be cut down anyway) and check for dead leaves anywhere in the area. 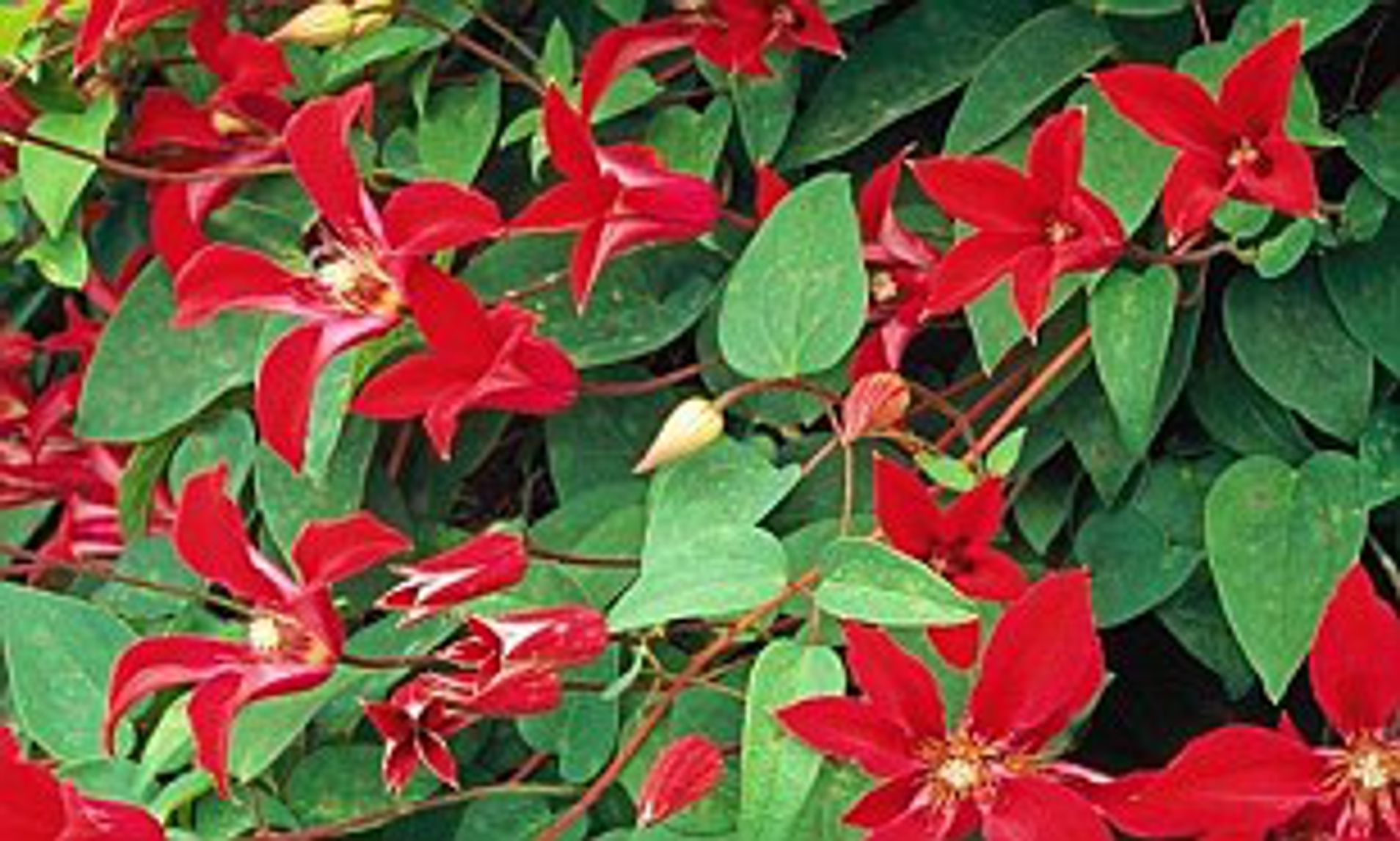