It was reading my blogger-friend Josie's post* yesterday that told me the news.  Neil Armstrong dead.

Very few men have walked on the moon, and now the most famous of them all is dead.  I was 22, I watched the moon landing with stars (and tears in my eyes), prayed that they could get back up to the mothership, and get home.  There have been wonderful things happening round the world since, but few made us look up to the skies like the space race.  Some dreadful things too;  wars on earth, deaths in space, but somehow I always knew that one day...... it would be like flying the Atlantic.  But it was not to be.  I read an article today which said "50 years too early", and I think that is probably right.  We got there, and that was it.

But for Armstrong, and all those others who volunteered to be astronaughts I spare a thought today.  Those still alive, those already dead - they were warriors of a different class and they, together, brought a magic to the world not often seen.  Thank you - it happened in my lifetime. 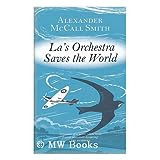 What a beautifully put together little novel I thought this was.  McCall Smith is well known for several series of fiction, the best known being The Ladies No 1 Detective Agency, set in Botswana.  This story is nothing like those books.  The heroine, Lavender (or La), is nothing like Mma Ramotswe.  It is not amusing, but serious – and about a serious time.
La’s husband has left her and gone to live in France with a woman he met during the course of work with his family’s wine import business.  When an accident in one of the cellars leaves him unconscious, we know that he will die and La will be on her own.   She moves from London to a cottage in a small Suffolk village owned by her in-laws.  Learning to live in a small village, volunteering to help a local farmer out with his chickens and learning how small a world a village can be,  La decides to set up a small orchestra, give a couple of concerts, and hopefully, if Britain wins WW2, to give a victory concert.
That’s it.  But it isn’t at all, for knitted into that little life are a few characters who are interwined with La’s, and one of them is Feliks, a Polish airman who can no longer fly.  He becomes part of her orchestra, and part of her life for a short while.  The doubts of a woman badly let down by her husband, the surroundings of war from the air base just up the road, the strangeness of  the Pole, who is obviously a gentleman rather than a peasant......
There are some uncomfortable truths here;  some people don’t like foreigners, and La herself discovers something very unsettling.  But it really is worth reading – and I had to go back to the first few pages as soon as I had read the last page – because the circle is joined.
It is a lovely, lovely read, and such a surprise from this author – I obviously missed it a few years ago when first published but I’ve made up for that now.  For those of you who love a well constructed story, do read about La – for although she is as pale a character as her name suggests,  you will be on her side.
at August 21, 2012 2 comments:


It was the cover that first attracted me. I guess that is often the case, and the blurb on the back was fascinating, introducing as it does Arthur Opp, former college professor, who is a very large guy at 550lbs. Arthur, now in his 60s, and as big as a house, lives in a brownstone in Brooklyn. He doesn't get out at all, living on a generous allowance from his estranged and very elderly father, and ordering food and everything else on the internet. He hires a cleaner, Yolanda, a very young, and pregnant Hispanic who proceeds to put his house in order.

Arthur has been writing, for 17 years, to Charlene, who once attended one of his evening classes, and who he fell in love with, but could not bring himself to tell. She has a son, Kel, 17 and at high school and aiming for a career in baseball; and she also has Lupus, a painful disease, and an alcohol problem.

What a wonderful set of major characters - all damaged in some way, but all of them lovable for various reasons. A book that may make you question that old chestnut about blood being thicker than water. And a new writing style for me. Sections told by Arthur and Kel, both in the first person, which you may think you don't like, but which make you get to know and love those characters because you are in their heads, as it were. Written by a woman, but gentlemen, do not let this put you off! You will recognise yourself somewhere in one of the characters. I read it at one sitting, wishing at the end of each chapter that I could put it down because I was enjoying myself so much that I didn't want it to end but rushing toward the finish just wanting it to come to the right conclusion!

Adelaide (Addy) Shadd, is an elderly black woman, living on a trailer park in a town hear the US/Canadian Border.  She's been widowed for longer than she cares to remember, her children dead, her life full of nothing more than memories and her cigarette habit.  And then, one day, a small brown child, with a white mother, is abandoned on her.  Too old for this, Addy takes a while to find out that the child's mother is never coming back, and in that time comes to know that she cannot pass the child over to the authorities.  She must keep her, love her and try and mend her. Sharla can only remember pain, a succession of boyfriends her Ma brings home, a dirty trailer and things she shouldn't yet know of.

During the course of this book, Addy's memories will take her (and the reader) back to Rusholme, a border town on the Canadian side, settled by runaway slaves in the 1800s, where she and her own small brother were born and brought up.  She will remember leaving, and why, she will remember lovers, children, folk who were kind and those who where not;  folk who loved her and those who betrayed her; and all the while she will struggle to stay well enough to help that little girl brought to her by fate.  Addy's story is intertwined with history - the Underground Railroad, the Pullman porter movement, and Prohibition all form part of her story, and show how hard life could be for African Americans, even over the border from America and memories of slavery.
at August 15, 2012 No comments:

The Member of the Wedding - Carson McCullers 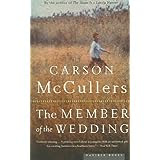 Frankie is a girl who doesn't know who she is, still young enough to be sure that her brother and his new wife will take her with them after their wedding, which she is looking forward to, and old enough to have caught the eye of a soldier in town.  She is a little girl one moment and wants to be totally grown up the next.  Her father is never home until bedtime, her mother died at Frankie's birth, and she is not a member of the "club" that girls in her class have formed for the holidays.  So she spends time with John Henry, her little cousin, and Berenice, the black help, who is around all day and most of every evening.  The story, short but powerful, takes place over a very short few weeks, and tells so well the "between times" of adolescence - the not knowing who you are, not knowing how to explain the feelings you have, not knowing how to put into words your thoughts.
At 190 pages, you could whip through this very quickly, but that would be a shame.  Take time to savour each page, for to me it was a revelation.  I have never read any of Carson McCollers, but will do so now.  She was damned with ill health and wrote just a few books and a play.  But you will feel what Frankie felt, you will laugh and cry at Berenice's views of the world at that time (1940's), and you will feel for Frankie when her dreams do not necessarily come true but can be easily forgotten.
at August 14, 2012 No comments:

It's all over.  The lovely time that was the 2012 Olympics is done.  It seems to me that everything ran like clockwork, everyone was smiling, the sun shone, and it was a glorious time.  In fact, methinks a sprinkle of fairydust was in there somewhere!  We had such a lovely time watching from our sofa, shouting for the underdogs, cheering on the winners; smiling, laughing and crying all at the same time - Big emotions there!  And now, I need to say thank you.

I have three friends who were volunteers and they, and every one of the other volunteers,  were truly "Gamesmakers" - for indeed we couldn't have done it without you.  So to Maggie Wood doing Eton Dorney transport, Declan Cooke part of the opening ceremony, and Jenny Hurst in there somewhere - and to each and every one of the other volunteers -WELL DONE AND THANK YOU!  And old, cynical me, at my age - so proud of everyone.  The volunteers who pointed the way; the drivers, the organisers, the army personnel who stepped in to do a job a private firm couldn't finish.  The actors, the dancers, the musicians  for the opening and closing ceremonies, and every single one of you in the background -  unsung heroes and heroines.  You done good!