Mrs Mac suggests..... What to read in March

March being a longer month than February, perhaps a fat read is in order?  Fantasy?  Perhaps you don't like it, although you may have read all the Harry Potters. Yes, for March, I am suggesting:


A book with a fictional animal

Because in case you hadn't heard (where have you been?!) we are expecting more from Phillip Pulman (author of His Dark Materials).  Those three books had wonderful fictional animals within, and it just may be worth looking into these if you have never tried them.  Myself? I loved the whole concept of those three books and I am going to re-read them to get myself ready for the first of the new ones!

Good reading, and don't forget - Spring is on the way

Enchanting!  That's how I must describe this tiny little gem.  Sandra Cisneros is a Latino/Hispanic? American.  This is not an ethnic group in the UK like it is in the USA, but I find an empathy whenever I come across a writer from this group - even though my own ethnic background is certainly chilly Northern European.  This is a very short book.  Only 110 pages.  And it isn't a book of short stories, just a set of what I'd describe as musings, and the publisher calls "vignettes". 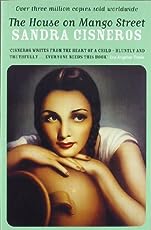 These musing are a sort of stream-of consciousness from the mind of a child, (but this is not a children's book)  describing things she finds, feels or experiences on the way to puberty.  Living in the house on Mango Street, she wants more - but how to describe what you dream of when you are only a child?  From singing games to the disappointment of not having shoes that match a party dress; and to playing in an empty garden where there are a couple of abandoned cars, and nature is taking over;  these are things I recall too, and my childhood was spent on the other side of the Atlantic - and at a different time, too.
These small glimpses into another world are like the best poetry,  they are not poems,  just little jewels made with a pen and paper.  I cannot believe that for my entire reading career I have never come across Cisneros before - but this is not the last of hers that will pop through my letter box.  If you are like me, and the name means nothing, perhaps you should seek her out too. I think you might enjoy her!
at February 19, 2017 No comments: 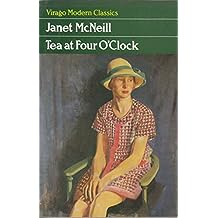 Sometimes I read a book I don't choose, it's a book that just fell my way.  This is one of those, and very glad I am to have discovered it.  First published in 1956 (although it has an older "feel"), it was republished in 1988 by Virago.  It seems to be out of print now, but there are some secondhand copies available on Amazon, and I am sure a few more around the secondhand markets on the Internet or ask at your library.

Set in Belfast in the years just after WW2, the story of three siblings, George, who has estranged himself from his two sisters; one who in the first chapter is already dead as we read about the day of her funeral, and the other sibling Laura - who nursed Mildred for some years until her death.  A short but heartbreaking tale of how a family can cause each other so much hurt in many ways, and how lies can affect the way others lives are led.

Laura misses her brother George so badly it hurts, and on the day of Mildred's funeral he suddenly wants to be back in the bosom of his family.  As Laura is the only one left, we ask ourselves if he has an ulterior motive?  We also ask ourselves why Laura dedicated herself to the care of Mildred in her last six years;  surely not because twenty years previously Mildred was the head of the household whilst Laura suffered a complete mental and physical breakdown?   The mysteries of why and when unfold slowly, so take your time when reading this one - and finally, when all is revealed, you will understand how the lies we tell come back to haunt others.

I had put off reading this since I acquired it..... too many pages, subject not for me and all that.  But this year I am attempting to read some books that have been hanging about for far too long, and this is one of them.  And what a surprise!

The book took me on a journey I really was not ready for, and one I had difficulty in dealing with.  As an atheist, the journey of a Baptist minister and his family was not something that appealed.  But how wrong I was to have left it on the shelf for so long.  in 1959, the minister, (without the full approval of the Baptist ministry) decides that he will minister in what was then the Belgian Congo.  He has a wife and four daughters, and so they must accompany him.  From the very first pages, when we find them readying themselves for a journey to God knows where for the purpose of baptising new Christians, we already know they are in for a difficult year ahead.  And when the small plane drops them in the middle of nowhere, and they are surrounded by natives who knew of their arrival and have killed a goat in their honour it is all so strange they recede into a kind of silent shock.  The shock really never leaves them.  The small village they have arrived at, following in the footsteps of a former missionary who has rumoured to have "gone native", is as different as it would be for you or me to land on the moon.

Food?  not much and certainly not the right sort.  Running water? none.  Bath?  Not unless you walk to the river with containers, walk them back and heat them up..... and that is only the start.  The Betty Crocker cake mixes (four of them, brought for the celebration of each birthday of the daughters) set in the pack like concrete and everything, for them, appears to be a living hell.  And Father?  Nathan Price, a cruel man with mental health problems of his own, so quick to hurt physically as well as mentally his wife and all his girls, doles out punishment for all of them whilst preaching his gospel, trusting to the translator to pass the Word on correctly.

The book is told in parts, each with a biblical heading, and divided into chapters told in  the voices of the daughters, about their lives at the time, whilst at the beginning of each part the mother looks backwards to her time in Africa.

I was shocked how little I knew about the departure of the Belgians from the Congo.  Shocked at how much the US was involved in Patrice Lamumba's death.  Stunned at how the Western world still regards Africa.  Barbara Kingsolver is a wonderful author, and her research can't be beaten.   This is a book worth reading.  You can read it for the history.  You can read it for the breakup of a family.  You can read it to understand a bit more about political decisions and how they make a difference half a world away.  What it isn't is a cute story, a love story (although there is one in there), a book with a happy ending (although for some that will come).  There is horror and grief here in all kinds of ways, but it is so worth the read.

I have read several of Salley Vickers' novels, each one different, but all with a soul.  As I started to read this one I was reminded of a long dead author, Elizabeth Goudge, in that it was very descriptive, and in a not so modern style.  My problem for you, dear readers, is that I want you to read it, but I can't tell you much for fear of giving the game away!  But let's see what I can do.

Elderly Mr Golightly needs a holiday.  Not least because he once wrote a  best seller and wonders if he should re-write it and bring it up to date a bit as sales and readership have dropped off considerably.  And so he finds himself in a small Devon village on Dartmoor, not writing much at all, drinking coffee and the occasional beer at the pub, and taking long walks and getting to know the villagers.  All have their good and bad points, some more bad than good, but really, most are redeemable.  He remembers his son, long dead, and is pleased to make the aquaintance of Johnny, a young teen, who blossoms under Golightly's love and care, and becomes his research assistant, being a wiz on the internet.  His business he's left in the care of his excellent team of staff, who send the odd email in reply to his enquiries, but otherwise leave him alone to enjoy his holiday.

We view the entire village as Golightly does, we see the affairs, how sex changes people, how lonely people just need a friend, how some awful examples of human  being need taking down a peg or two, and how secrets will out in the end.  And that's all I am going to say about this thought-provoking book.  If you are a regular reader of mine, you will know that there is always a reason for me telling you about a book.  I realised something quite important about two thirds of the way through, but even if you miss that, you will have everything made clear by the end.  Don't go near the end until you get there!!  And then, do have a look at Vickers' reason for writing the book.  Interesting.