Mrs Mac suggests - what to read in MARCH

Ah! March!  the month when spring starts. Or as my Mum used to say -

"The Spring is sprung
The grass is riz
I wonder where dem boidies* is?"
*birdies.


Something completely different this month I think, and so my suggestion to you is to read a book that should have had a sequel.  Some people just have one book in them, and some authors just die too soon.  To Kill A Mockingbird didn't have a sequel (Watchman, published recently, was not a sequel, just the book she wrote that eventually became Mockingbird, so let's not worry about that).

Sometimes authors die and you know that there would have been several more had they lived. One I've read and was sad to hear that the author had died even before publication was Dora Damage - I loved it!  and wanted more.   A sequel would perhaps have been about her son, or even another child not mentioned yet....... see if the library has it.


Edited to say sorry, title of book now corrected.
You could have told me, folks!!
at February 28, 2016 No comments:

The Dog Who Wouldn't Be - Farley Mowat

That dog was called Mutt, bought as a puppy for a few cents at the front door when the author was a child; and Mutt and Farley became the greatest of friends.  His father felt that Mutt could be trained to be a good "bird  dog" - i.e. retrieving ducks etc. once shot - but it was not Mr Mowat the elder who trained Mutt, it was Mutt who taught himself!

Writtten and published originally in the 1950s, the book is set in Canada in the early 1930s and will describe people and things, that are not only not around now, but that are long forgotten - until you read this little gem.  The car had a name - and a dickey seat.  What's a dicky seat?  Instead of the boot/trunk, was a seat, which when you opened the boot/trunk, opened out so that the back of the opening became the back of the seat.  Mutt loved the dicky seat and when it was obvious that dust and grit were no good for his eyes, Farley's Dad bought him motorcycle goggles (and Mutt loved to wear them!)  Then there was the Summer boat journey that Mutt joined; the skunk who ate the winter-stored apples; the owls that had the run of the house, and many other tales of the boy and his dog.  Of course, boys grow up and Farley Mowat went on to be an admired Canadian writer, who described his land and it's peoples and animals in a multiplicity of ways.  Great little read at just under 200 pages, and do have a couple of tissues up your sleeve for the last chapter.
at February 25, 2016 No comments:

I Can't Begin to Tell You - Elizabeth Buchan 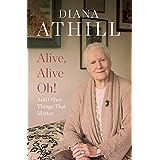 Possibly her last, and very short, memoir, Athill gives her views on several things that have been and are important to her.  I have read all her other memoirs and enjoyed every one, but this, being shorter and about several different subjects, is a rather different  book altogether.  She could nearly have called it "Rambling Thoughts".  Of course not! She doesn't ramble, she has a straightforward, rather old fashioned (for these days of texts and tweets) writing style - but as usual, she has a way of telling you about herself which make you want to know her better.  If you came across this book first, before all her others, I think if you enjoyed it you would rush off and find the others.  If you have read any or all of her others, you will appreciate this one.  But it is an acquired taste.   She's had a colourful life, taken lovers instead of choosing marriage (and that way of living has suited her well), she's had a career in publishing and now, creeping up towards 100 years, she isn't afraid of death.  So she's remembered a few things that were important to her, and she's telling us all about them.  A lovely book for the bedside, just to dip in and read a chapter now and then.
at February 20, 2016 No comments:

Splodge!  and it's there for ever!!

Splodge?......   Well, Splatt, perhaps even Blurgh (new word for use in graphic novels and comics - feel free to use!)

I'll explain.  At some point about a year ago, a guest obviously exploded a bottle of something inside the shower.  It wasn't shampoo, nor any kind of liquid soap or shower lotion, because that comes off.  After I've taken my shower, I wash the inside of my shower glass every day with a wet e-cloth, and that means actual glass cleaning (like your would your windows) does not have to be done so often.  I like a clean shower, and I am sure my guests do too.

Whatever this was, and I suspect it was the kind of body lotion you apply to wet skin,  it left the shadow of a seriously big splodge on the glass (and yes, it was just a shadow), which only showed itself once the glass got wet.   I scoured the internet but whatever I tried - vinegar; a dry Brillo pad on dry glass;  window cleaning treatments of various kinds; mould remover - and you name it I tried it, that shadow of the splodge remained.

And then I remembered that someone had given me a showerglass renovation kit as a present a couple of years ago.  In order to get your glass back to pristine, you have to remove any and all limescale and contamination from the glass first, before you give it the protection coating.  We have a water softener so we don't suffer too badly from water stains, but I took the little squirty bottle, and gave that sheet a glass a hell of a squirting!!  Then as instructed, rinsed it and dried it.  What d'you think?   AT LAST - almost gone.  So I am going to repeat the exercise and then do the protection.  There is always an answer out there somewhere, but who'd have thought that limescale remover also removed the shadow of a greasy splodge?
at February 11, 2016 No comments:

Email ThisBlogThis!Share to TwitterShare to FacebookShare to Pinterest
Labels: BandB

The Heart is a Lonely Hunter - Carson McCullers

I have known about this book for most of my reading life, and it hovered in the background as a shouldberead. It should be read, most definitely, but I wonder how many people would appreciate the rambling style of this American classic now?  Only 23 when this, her first book was published, it shows great insight into the poor of the southern states of America, both black and white in the 1930s and 40s.  McCullers was white, and came from the state of Georgia, although she decamped to New York early in adulthood, and only returned from time to time to absorb the sadness of it all.

There are several main characters here, living in a shall mill town in the south;  all drawn from what I think must have been close observation of those around her.  There's Mick, a tomboy on the verge of puberty, who cannot understand her feelings (and may well be a picture of a younger McCullers herself); John Singer, a deaf mute who lodges with Mick's parents now, following the madness and incarceration of his life's companion;  Doctor Copeland, a black doctor who cannot understand why his children have not followed his route and wanted to better for themselves.  These people, together with others, form a picture of poverty and sadness in a small town where to be poor is expected and put up with. The Doctor has spent his entire career not only healing the sick but urging his patients (all black, of course) on to better things, never understanding why they do not take his advice.  Mick, who wants so much to be able to play the piano and write music, but can only listen to music by walking across town to listen to someone's radio from their open window, is a girl you'd want a stroke of luck for, but it's hard to see where this might come from.
I don't want to give too much away, because I think the best way to read this book is to get in and meander through the characters' lives.It's typical of it's time but still relevant today in it's message. And written in (for me) a new and rather lovely style.
at February 07, 2016 No comments: